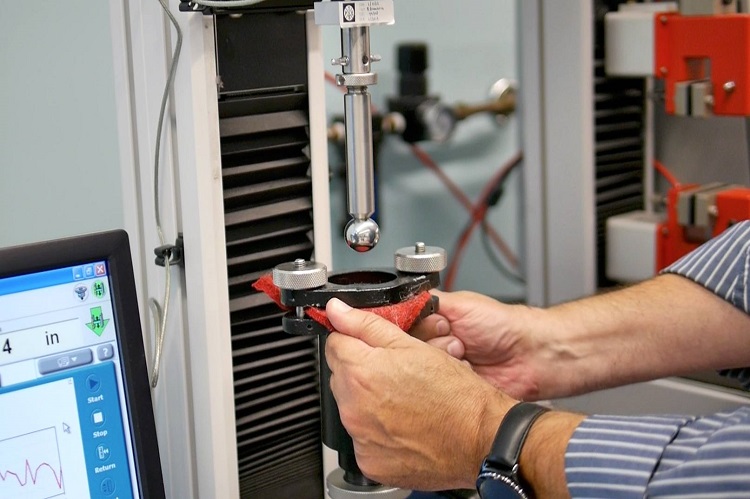 Pharmaceutical science is unquestionably difficult. Even the commercial side of the pharmaceutical trade comes with some significant difficulties. It’s a long and difficult process to go from initial experiment ion to a customer’s medicine cabinet. People in the industry are well aware of the fact that there’s a number of important tests which medications need to pass. Even the distribution stage requires double checking between techs and pharmacists.

There’s one part of this procedure which doesn’t receive nearly the attention it deserves though. In fact, it’s a part of the process which doesn’t even directly relate to the medication. Rather, it involves work with the labels which indicate what substance is in a container.

Label testing is also known as scuff testing. This refers to the wear and tear a label experiences through travel and use. One should consider just how much strain might be put onto a label in the process of going from factory to destination. A machine is usually used to simulate the process of wear and tear. This scuff testing typically rubs a label for 2,000 or more rubs. Ultimately 5,000 rubs is considered by most to offer strong predictive value. If there’s no problem after this many rubs then it typically will hold up long term.

The testing also seeks to maximize the number of variables. This includes variable speeds, a digital counter and a programmable stopping point. This runs as an interesting contrast to how the medications were tested. In clinical trials the team attempts to reduce all variables. With a scruff test one instead tries to maximize variables. However, there is one important distinction to make.

The testing tries to maximize variables. However, the testing needs to adequately isolate those variables in order to provide optimal data. The end effect is that the tests will be able to offer reproducible evidence that labels will withstand every type of stress.

There is one variable which can’t be tested. And that’s the printer which creates the label. That’s why it’s vitally important to maximize the overall efficiency and performance of commercial grade printers. By doing so one also ensures that the testing for the labels is fully reproducible.

One might wonder why this testing phase is so important. The reason is that the difference between a medicine and a poison is often little more than dosage. If someone takes too little of a medication then it won’t do anything at all. If someone takes too much of a medication than it will typically have negative effects. The medication needs to sit in the middle between those two extremes. This is also where the initial clinical trials factored into things. Clinical trials establish best case usage scenarios. It’s during this phase that researchers also note contraindications and side effects.

The contraindications indicate issues which might make proper usage of a medication difficult or impossible. Side effects are unintended effects which might come from using a medication. And all of these can only be fully understood if a medication’s label is intact. This shows just how important the labels are. This is true even in those cases where a patient won’t directly handle the mediation’s bottle.

A third party label might ultimately be what a patient actually sees. However, even in these cases multiple parties within the pharmacy depend on the initial label. The initial label is a reference point which will persist for as long as the mediation is actively dispensed. A pharmacy technician is usually in charge of reading the mediation label and selecting medications along the guidelines listed on the label. A pharmacist then checks over the results. Again, verification with a non smudged label is an absolute necessity. All of this is only possible thanks to the fact that proper testing is done on labels.

What Is The Ultimate Need For Fire Watch Services?